Original roots music from the southern parts of Holland, with influences ranging from rockabilly and rock 'n roll to blues and rhythm 'n blues, up to some 60's vibes and twanging' country music. That's Supersonics in a nutshell...

(Scroll to read the full biography) 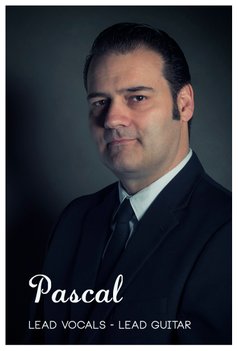 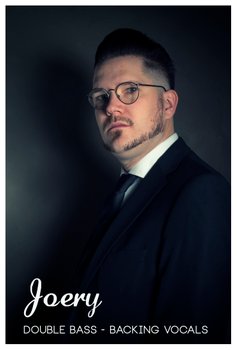 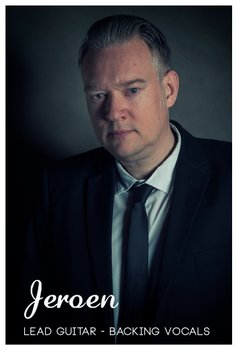 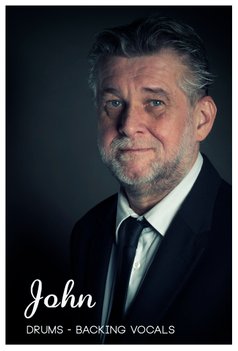 This quote has real truth to it, which led to the founding of Supersonics as a band.

Early 2016 I was still working with a country band called Smokey & The Bandits and rockabilly band The Taildraggers, when I was asked by a friend to form a new band in Eindhoven (NL), personally I was ready for new things but with the condition of creating something unique and different and strictly original songs.

With Jeroen van Delden (Southern Rumble, Texarkana Trio), John Hofmans (Rumble Rousers, Power Shake) and Smokey & The Bandits drummer and jazz/roots musician John Rietberg, we had a meeting and all agreed on the fact. Supersonics was born. Because I had written loads and loads of lyrics, complete and incomplete songs, we had a good starting point. The main goal was writing songs from the heart with great attention for solid lyrics and most importantly, without feeling restrained to one single musical style or specific genre.

Lyrics were always very important to me, words with meaning, storyline songs with content. Lyricwise, I feel that I've been inspired by a lot of very different songwriters. From Hank Williams to The Beatles, from Merle Haggard or Buddy Holly to Waylon Jennings and Gram Parsons. Not only songs about love, but songs about life, about winning and losing, good times and hard times and the occasional message.

Musically, I'm influenced by lots of different styles and genres. It all depends on mood and creative fuel. Important to me, as mentioned, are the lyrics. But I'm also a big fan of great melodies and melodic chord changes and guitar breaks. With that in mind, the songwriting process started to take form. Influenced by Elvis Presley, Johnny Cash, Merle Haggard, John Lee Hooker, Brad Paisley, Creedence Clearwater Revival, The Beatles, The Byrds, Waylon Jennings, The Sonics, Restless, Lynyrd Skynyrd... you name it. It all blends perfectly together and inspires me to write songs constantly.

So in a way, Supersonics created their own distinctive and creative style and with original songs. The unique blend of a Gretsch hollow-body guitar and a twanging' Fender Telecaster produces that twin leadguitar sound, supported by a solid backbeat of creative, firm drums and pumping (double) bass. Melody and backbeat go hand in hand.

During the Summer of 2017 we started recording our debut album 'Close To You' which was released December 2017 and had some great international reviews. The 12" vinyl version was released a few months later on the Dutch Tombstone label in a limited edition. And then, 2019 was the year of our 2nd album "69 Automobile", released on CD and Vinyl by El Toro Records (ES), containing all new original songs! As we speak, we've started the recordings sessions for our 3rd album. It will see the light of day somewhere in 2022. So keep your eyes and ears open!

By the end of 2019, bassplayer John Hofmans decided to leave the band.
But we've found a great replacement in Joery Rutten. We've had a smooth transition and Joery has settled.
So we'd like to say.... onwards!